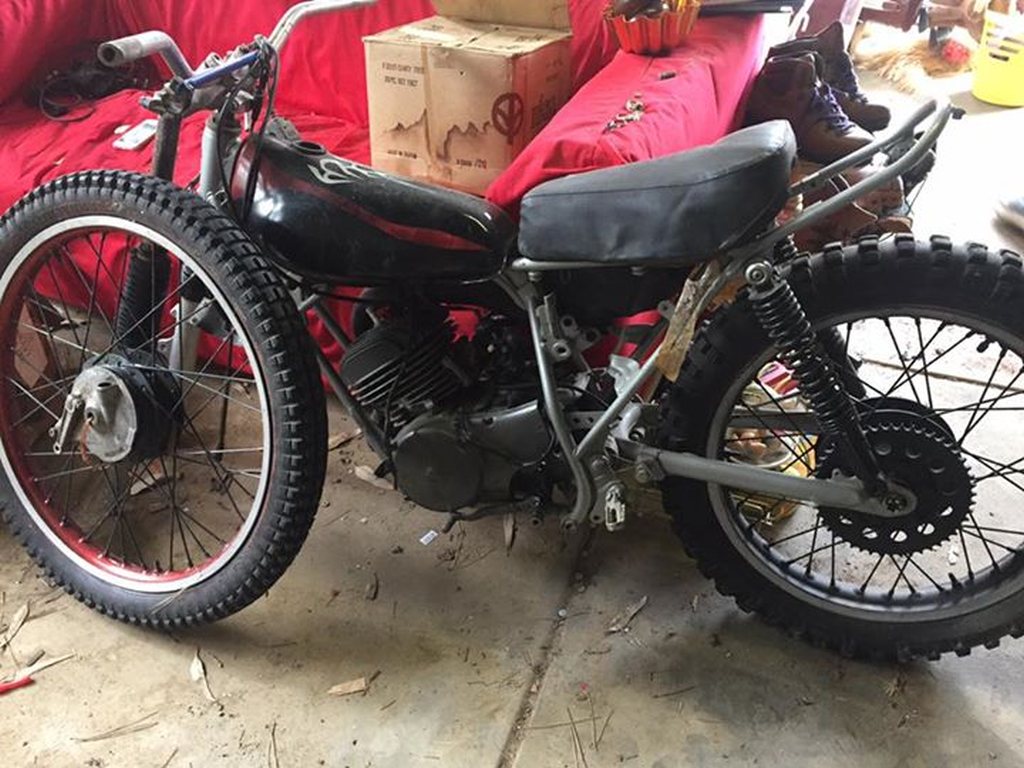 So it’s been half a year in Aussie and I accidentally found a 1975 Yamaha 175b on the local Facebook selling page. It was put on auction with no reserve and with $2 starting price. So I started to follow the activity as there were still 3 or 4 days left till the end of the auction. No bids appeared till the last 30 minutes and then I got really interested. I hoped it to go over $100 and wasn’t really prepared to bid on the bike. But a few people showed the interest and bidding price stopped at $60. There were less than a minute left and I though “oh what a hell” and submitted $65 just before the deadline. Next thing I remember was I’m loading bike parts back into my car from some messy rural farm.

This little trials bike will be the first motorcycle I be owning in Australia and really looking forward to tinker with it. No paperwork came with it as the bike was initially found at storage auctions. Actually, just after some digging I eventually found out what make and model it was. There were no identification plate on the frame (later investigations showed that 1975 was the last year those Yamahas were produced without VIN plates), quite a few parts missing and engine seized up.
My mission is to try and bring this little toy back to its second life. Due to a lack of available parts in Australia I won’t go mad by throwing money into the project and doing some sort of full restoration. It would be a different story living back in the UK where EBay is full of parts and there are quite a few parts suppliers. Funny though that same parts shipped from Japan to UK are cheaper that buying them and sending back to Australia.

There were quite same models just with different equipment depending on the selling country. More info about different specs: http://www.yamahaty.com/english/ty125en/ty125en.html

Although this short article from 70s magazine got me wondering. They say TY175b is equipped with 6 speed gearbox but… when I got gearbox in bits it looked like a 4 gears. Or maybe there is some mysterious mechanism that shuffles gears and give you additional 2? Also, on this project I will have to get rid of that handy oil pump and start mixing fuel with oil in a good old fashion way. Had a quick look and the pump and is too damaged to be repaired. The second hand one will cost more than I want to spend on such thing. So yes, it won’t be an original trials bike, but I will try to build something nice for enjoying Australian bushlands.