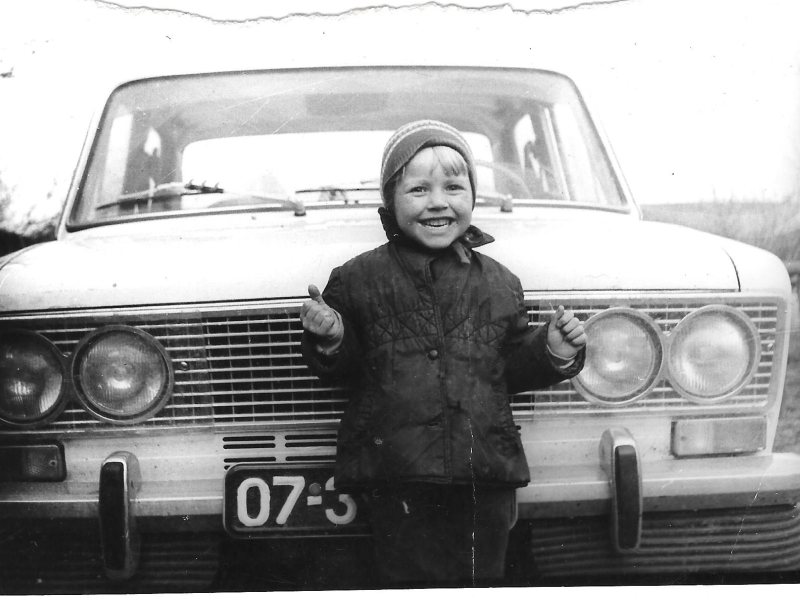 A few pictures of my family and of course, bikes and cars. I think it’s clear where I got my passion from!
This is my dad and his Kovroviec 175. Taken in 60s or 70s. I found a fuel tank and some frame parts in a pile of overgrown junk few years ago. Kept them as a memory. Don’t really know a great deal about the history of this one as I found photo few years after my dad passed away. Though it is a good memory to have.
Second one was taken in West or East Germany before Berlin’s wall went down. Very unusual thing in this photo is that modified Beetle. The whole modifying fashion wasn’t there for a long time after that photo was taken. And Jawa 350 in the background.

This is my brother and our family Lada 2103. I think this picture was taken in Crimea where popular rest resorts on the seaside used to be. He’s trying to sell some random stuff brought from home and get some cash. Another one with a GAZ 21 was taken during someone’s wedding. I still remember that brass bow with bells attached laying in a garage for years.

And this is my grandad; I was attached to him most as he always was there for me, he helped me to move my motorcycles and stuff when I was too young to drive. Being 92 years old insisted to get a free handset in his car, because someone might call him. A legend!